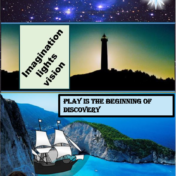 When Einstein named imagination more important than knowledge he showed our brain’s propensity to play! In reality though, we put in more work hours with more demands and accept more stressors, in ways that limit or flat out halt productivity.  Without play, we grind talent to a halt, learn to… Read more »

Last month we added 80,000 new jobs. The problem? Unemployment still soars to 12.7 million in US according to The Washington Post.

What will spike the kind of jobs that can save our nation from job loss?

Tone can land you a better job, or destroy the one you already have.

Have you seen it happen?

It’s no secret that many look for meaningful work, while increasingly jobs disappear like sunshine on a foggy day! But imagine a new skill that unleashes work, taps into talent and builds you a finer future. How so?