It’s one of the great ironies of our modern era. We’re obsessed with staying well, and being perfect. Have you noticed though, we’re as unwell and imperfect as we’ve ever been. And sadly, we’re also leaving many good people behind along the way. Embrace excellence and our brains rev up… Read more » 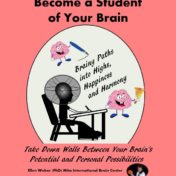 I could have become an opioid statistic. My mother died of cancer at 38, which left me out on Barrington Street in Halifax, alone at 14. As mom deteriorated, so also did home life and hope. My sister, two older brothers and I, slipped out the back door after dinner… Read more »

It’s one of the great ironies of our modern era. We’re obsessed with staying well, yet we’re as unwell as we’ve ever been. A certain stimulus, such as visualizing your favorite hobby, will enhance feelings of enormous well-being. That’s golfing with my grandchildren for me, but it could be anything… Read more »