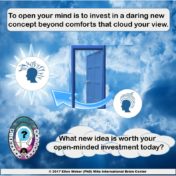 We enter each day with hidden and unused talents, yet how often do we end a day disappointed and frustrated? If too few opportunities exist for our original offerings we tend to emphasize negativity and brainpower gets wasted. We feel boxed in and disconnected from or critical of others and… Read more » 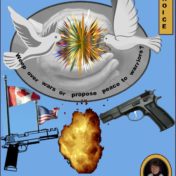 Are you wired for anger, anxiety or payback when clashes strike on an ordinary day? Or do instant reactions for you tend to bring others together, find common ground or share assets? Remembrance Day is the perfect day to inventory our comebacks to personal assaults. A time to check our… Read more »

Most leaders and faculty agree that to capitalize on the brain’s known abilities is to create a climate for high performance minds.  Most learners agree that  care and support can transform ordinary learning into fun-filled adventures and delightful discoveries. Sadly though, science about brains and observation of failed cultures sheds… Read more »

Are you looking to teach or mentor new listening skills? Want to learn more from any topic? Once we step past the assumption that to tell is to teach – we step into the possibility that to learn is to listen to many views! Grab your free poster and listening… Read more »

What small ground is gained running from racism – is often lost again daily because of the way human brains hardwire for prejudice. In spite of racism cures, as pointed out by reporters such as Lance Morrow at Time Magazine, racism tends to creeps in constantly. Have you experienced its subtle and not so subtle barbs? Have you seen it? Certainly the media makes its case.

Slavery works, cried dominant voices, while for centuries brilliant minority voices, with finer insights at times, could have led a richer way.  Had they been engaged, silenced voices could have broken chains that still bind most of us today. Did you know human brains build new neuron pathways with every… Read more »

Progressive leaders see life-changing possibilities in challenges, and ask ethically powered questions to learn from those who differ, as President Obama did over beer to resolve racial misunderstandings. It works because diversity infuses colors, textures, depth, and angles into successful visions, that less effective directions lack. Not rhetoric fueled by… Read more »

Some say that men’s logic rivals women’s emotion, when it comes to leading, problem-solving or coping with stress. Others say that successful men and women use both logic and emotion – but they use it differently to solve problems and cope with stress. What do you say? Interestingly,  hilarious mental… Read more »