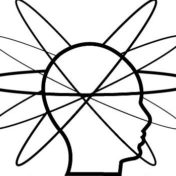 Is your response to a sudden jolt or unexpected disappointment kind or cranky?   Science determines our mental growth or regression in a widely misunderstood but vital operation of our brain, called the amygdala. Art determines the emotional and mental benefits or battering we build into our lived amygdala experiences…. Read more » 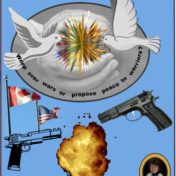 What changes miserable moods into model moods for you and those around you? We don’t need to default to bad moods when conflicts arise. To resolve the mood dilemma is also to build and sustain those emotionally strong communities many of us crave. Ask a two footed question like the… Read more »

We all come to the table with emotional intelligence – that impacts vital choices we make to progress or regress. Did you know that your brain’s amygdala holds every good and bad choice you’ll make today? Or are you aware that  stored responses pop back up to become emotional choices… Read more »

While we now know that students retain less from lectures, we question how to cultivate brain based cultures that trigger observable and impressive growth. Good news! It’s actually easier than most realize – to get older students active and growing in any class! Enter six little namungos with big brainy… Read more »

Fear feels like a natural response to facts brandished about without any ability to respond. If you ask a simple – What if … question though,  fear moves into freedom that innovative change-agents enjoy! A mental barrier to freedom, fear of failure’s understandable when you think about it. Salacious front-liners … Read more »

(Appeared in Smart Brief on Your Career on April 22, 2010) (Appeared in (Practicing Law Institute) PLI Smart Brief April23,2010). See innovative meetings e-handbook here for dozens of practical strategies that bring meetings alive where you work. When bullies pop an irate question or cynics insist on opinions that provoke… Read more »

Did you know that emotions survive after memories vanish? Or do you wonder what moods and behavior heads or hearts control? Yesterday,  on a walk in the woods with a gifted young leader, I once again saw his ethics, openness and willingness to become vulnerable in order to learn new… Read more »

It takes skill and courage to value  ideas that differ from your own.  Interestingly, while few do it well, those who listen and learn from others tend to transform their circles. They disagree with amazing tone skills and in so doing,  inspire others to express novel ideas that may otherwise… Read more »