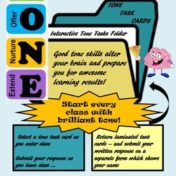 Creativity came easily on my back patio. This was my Thoreauvian go-to place for fun as well as quiet getaways to write and dream. In my custom-made gazebo the morning sun warmed a gentle breeze that day, while its screens kept out mosquitoes. I’d planned a good two hours to… Read more »

People ask how they can rekindle brainpower to do something novel. If you’ve slipped into potholes of anger, disappointment, or anxiety lately –  you likely feel the need for a new shot at success. For some it’s a matter of moving beyond ruts and into renewed opportunities. For others it’s… Read more »

Ever notice how Thanksgiving and Christmas tend to bring out blues in some and blessings in others? Or how lonely people see vast spaces between themselves and others – even at festive  holiday tables? First glances  show people blessed with close family and  friends feel blessed over holidays while those… Read more »

When you rev up mental equipment daily to either sink or swim, you discover how creativity and curiosity will trump criticism and intimidation. How then can you experience mental power in settings where no brain is left behind? One friend and fellow leader Dave Caiazza, put it this way: Work… Read more »

Did you know that emotions survive after memories vanish? Or do you wonder what moods and behavior heads or hearts control? Yesterday,  on a walk in the woods with a gifted young leader, I once again saw his ethics, openness and willingness to become vulnerable in order to learn new… Read more »

Have you noticed  people who speak meta-messages that leave victims running for escape hatches? You begin to question flaws between their lines because what you hear is not what the speaker means. How does it happen? People who lack interpersonal  intelligence, tend to use meta-messages instead of honest communications, and… Read more »

To reflect is to shuffle the human brain out from its daily ruts, rouse it from from routine resting places and compel it into wider reaches. Reflection often signals a lofty vision, not evident to a non-reflective mind.  What’s your mind-bending aspiration? According to Robert Lee Holtz, Wall Street Journal… Read more »