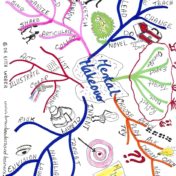 Feeling stressed, alone or overwhelmed during a holiday, while those around you seem to revel in festivity and fun? If so, you’ll be glad to know that our brains hold enormous tools for another run at a life in a healthier, more enjoyable lane. It’s also true that when we… Read more »

Start your day with fresh coffee aromas, and serotonin spikes a sense of well being in response. Life looks good, right?

Suddenly though, that joyful focus fades for 75% of workers who loathe their jobs. The day surges back and forth into dangerous levels of cortisol before that last gulp of caffeine.

How could a shift of focus escalate your talents?

Breathtaking views – visible only from top vantage points – inspired this Russian climber to reach past his own health problem, and his country’s economic setbacks.

Dupri speaks of the sheer bliss in reaching new peaks:

I recently climbed to the top of the statue of Peter the Great in the center of the city one night — 100 meters (330 feet) up and onto his head. We climbed up while the guards were sleeping. A weather vane was spinning in the wind on the very top. Below, the sun was slowly rising over Moscow. The city was asleep, and it was like life was frozen. I was the happiest person on Earth. I only need to look down to forget all my problems.

You too could tower over an unforgettable adventure – taking inspiration from its magnificent panoramic view of the next incredible leg of your journey.

The choice you make may seem as simple as daily options go. Or you could choose to capitalize on teachable moments as Rodney King did in LA riots back in 1992.

Few escape the daily stressors can race your brain to depressions door, but did you know that you can fight back by fueling your day with serotonin’s well being through chewing?

All good intentions aside – projects often fall off the tracks before completion. Has it happened to you?

Why do so many power-packed-possibilities flicker, fizzle and die before they reach their potential? Some blame it on disorganization. Others attribute derailed efforts to laziness.

Neither laziness nor disorganizations’ the culrprit – if you consider how a brain hangs onto one idea and lets go of another.

Research now shows scientific support for persistence as it links to working memory and basal ganglia, as illustrated in the video here.

Few disagree on an urgent need to increase America’s science and math proficiency in order to compete in our fast paced world. But how can a call for less art increase top science capabilities? The opposite is true. Only when you engage both sides of the human brain, can you… Read more »

Imagine you find yourself across from a few people who just lost money on the stock market.  You’re facing a few financial hurdles yourself, so you listen hard for  clues that could offer doable ways to get past your panic. As you look around the table, you see frowns, grimaces… Read more »

Does your organization speak more about innovation than money matters? Do leaders where you work encourage  risk-taking for the sake of invention? Or do people slip into lockdown mode – where change initiatives get imprisoned by hard-line barriers of fear or stress? When recession first hit my area, most leaders… Read more »

The news media often makes money its top focus, which adds motivation for people to spend more, travel more and cozy up more to people of means. Sadly, dollars at your center also motivate you to chase green backs,  more than character build, invent new innovations, or put other people… Read more »