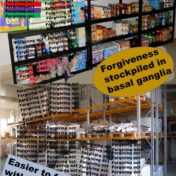 Most people have been judged in ways that bring to question their very mission in life. Fewer have found an amygdala’s mental tools to forgive and move on.

Far beyond harsh judgments or words that leave you feeling like slugs on skid row, though, lies an ability to embrace genuine reconciliation. Your brain comes with equipment that segues into peace and recaptures gratitude, hope and joy. It’s rarely easy though and has little to do with showing your side of a story in defense.

“He’s not interested in communicating with others,” his mother apologized. “Brett’s our introvert,” she said as if introversion defined Brett’s entire character. We’ve all heard it. He’d rather be alone. Or, she rarely accepts party invitations, preferring to read at home alone. All the above relates to our intrapersonal intelligence,… Read more »

Rarely have we struggled against more anxiety and stress and without adult models, our youth are especially in need. It’s the perfect time to respond with social strategies and emotional boosts that toss cheer and hope back into our day! But how? What can we do, in a climate of… Read more »

Research shows loneliness as the best predictor of people who will end up in hospital. The problem has grown to such enormous heights that a Minister of Loneliness was hired in Great Britain. Loneliness that was more prevalent among the elderly, has now become more commonplace among the young. Movements… Read more »

Middle school suicide peaks to an all-time high as depression worsen especially for teen girls! Even caring parents question why teens who appear to have everything, suddenly end their own lives. Yet when teens focus on healthy minds, they also switch on their growth mindset, for new possibilities beyond past… Read more »

Never before have teens needed us more to spot safe places past their struggles, and to support their strengths. After a lifetime of working with teens and their families, it pains me to read reports of spiked suicides, along with a proliferation of chemicals and drugs used to try and… Read more »

So you spot a friend rewarded for something you did without notice. Normal? Yes, most of us most of us struggle against jealousy on a regular basis. Or let’s say your best ideas go ignored, while lesser ideas grab center stage at a family get-together. Have you seen it happen?… Read more »

Increasingly, people feel desperate, bored and unfulfilled, so that drug overdoses are up over 100% in some states. There’s a sense of unmet urgency out there, that many call a lack of hope. Others openly share how  love and kindness seem to flee when they need it most.  Have you… Read more »

The problem with stress is that it masks as winner – so you miss its killer qualities and fail to spot danger signs before it strikes.

Trey Pennington is gone, and will be sadly missed by an entire world. But is your brain headed toward depression today?

One three-pound brain, consistency of raw egg, continually rewires for or against stress and depression on a daily basis. But did you know your brain can fight back? Medicines increasingly improve in ways that raise serotonin’s well being and reduce cortisol’s toxic attacks. The key is to become aware of depressions stalking persistence. Rather than lose hope – reach out to trusted others who crack you up or who may be stronger at the moment you slip into mental toxins that work against your brain’s strengths.