Have you ever left a team feeling like you’d just been maningled through a mud puddle? If so, you may be missing your brain’s awesome tool to help you out when you slip and fall or when others let you down. Tools to prevent those cataclysmic conflicts that seem impossible to side step once they heat up. 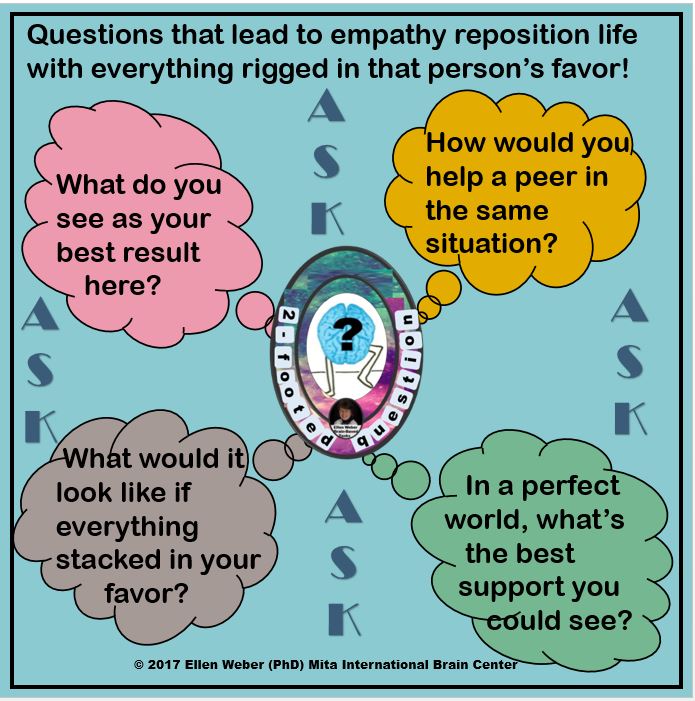 Lack of empathy, or lack of emotional capability may stop a team in its tracks. Even one person’s  ability however,  to learn from,  collaborate with, or care for all those who differ holds emotional potions to take teams to the peaks! How so?

When people who’ve developed high intrapersonal and interpersonal IQ face a choice between being right or being kind they choose kind! That choice alters the upgrade team odds by TAMING THE AMYGDALA in ourselves and others in the team.

Since empathy is a central component of the brain’s intrapersonal intelligence, it’s vital to teach and practice emotional care at the center of communications! To catch teen’s natural curiosity, try a two-footed question. One foot engages topic or content. The other engages participant’s interest.

Empathy is the opposite of blaming ourselves or attacking others for communication failures. It’s about tossing brain-based strategies into the ring, choosing kindness and expecting healthy interactions when differences arise. 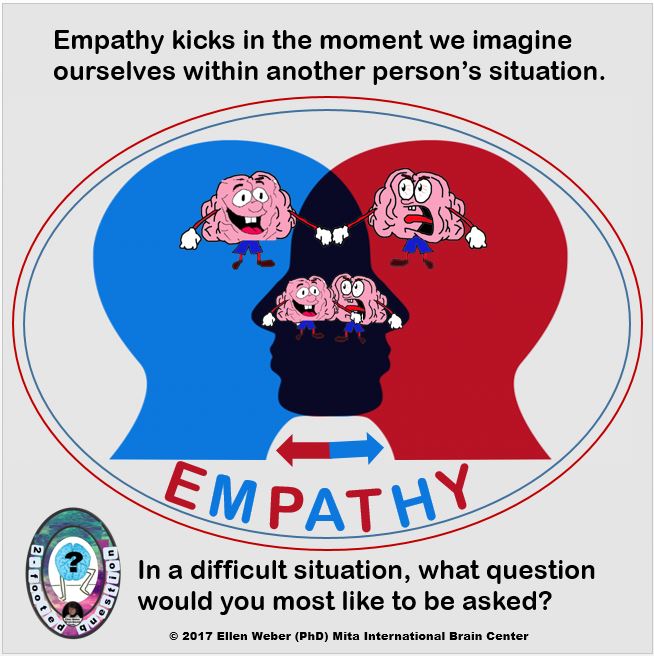 Empathy is a living force. It asks the question another person would most like to answer as a way to find a kinder path forward that benefits all.

Rather than merely talk about the brain’s magical emotional health equipment, empathy powers it into action? With empathy skills we change direction based on healthy outcomes for an entire team.

Looking for student-ready materials to  transform students’ personal feelings such as empathy into their personal custom made learning tools? Here’s another no prep resource from my TpT site that integrates emotional IQ with learning benefits.