Do your online discussions tend to go down before they go deep?

Time and again people who love to banter ideas tell us they run from toxic discussions on interesting hot topics they’d hoped would generate innovative ideas. Have you seen it?  Before bruiser discussions get cut, often a player holds a sizzling idea hostage by attacking any insights that differ or fiercely defending one angle with a personal opinion. Introspective peers who crave deeper and wider views, suddenly feel forced to run or take the bait and escalate the fight.

Frustrations arise  when sizzling topics and delightful discussions deep dive into wider pools of possibilities, only to disappear soon after at the discretion of a civil monitor. Sadly, debilitating attacks cause cuts to discussions before deep thinkers on both sides begin to see and articulate angles that could raise innovative proposals for a finer future on either side.  The real problem?  Communication with tone skills. 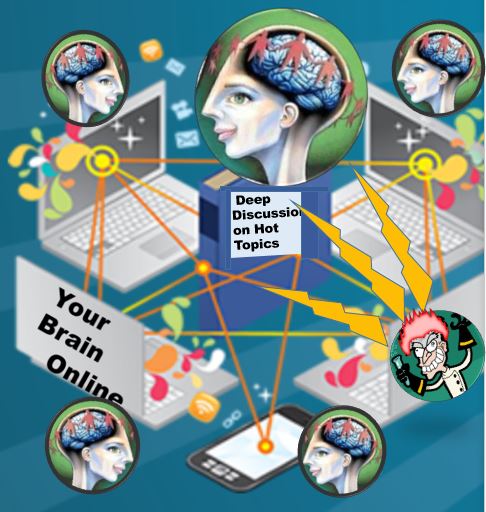 It takes only one participant to post one toxic tone strike to draw out others who lack tone skills too. Thoughtful communicators tend to depart when poor tone diminishes,  rather than dive back into the toxic fray.  It doesn’t have to be that way!

My students earn grades for evidence of few brain based skills that enable hot topics to go deep by uncovering valid issues on opposite sides.  They earn grades for lighting fires for awesome hot topic exchanges.

Rather than fill a chat room with one-sided or arrogantly stated opinions, brain based skills transform online communities in much the same way an afternoon sun warms and plays over outdoor adventures.

What wonderful strengths enrich any circle with communication and a sense of well being at its center. While many people admit that it’s electric to belong to such an online  group, far fewer spot the brain’s ability to convert toxins into triumphs online.

It’s similar to how we invite diverse ideas into any gathering.  Rather than fill brains with one idea only – or display from one angle exclusively, we light curiosity for new possibilities. How so? Take IQ scores that we once felt were fixed and could be packed into one water-tight number.  We asked: How smart are you? This question expected a water-tight response such as and IQ score. Now that we know intelligence is fluid and we can build new knowledge together though, we ask a different question: How are you smart?

The latter question lights fires as people with different talents, views and insights toss out new possibilities that can literally grow IQ across any discussion group. 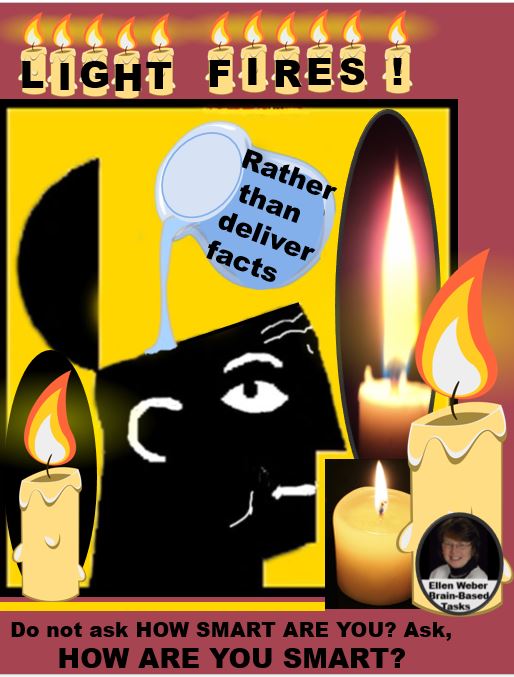 Brain based tools below propel online communities into stronger positions:

1. Thank somebody for an idea you value – before sharing your thoughts. Even a simple gesture of sincere thanks,  adds serotonin, the brain’s aha chemical of wellbeing.  In an appreciative climate people take risks in safe spaces to express unique ideas or to challenge colleagues thoughtfully. Show how you’ve tried or considered somebody’s idea further. Then toss your own ideas into the ring as a  way to show and explain differences worth checking out.

2. Affirm another person’s thoughts. Affirmation builds a welcoming climate where risks and their novel outcomes become the handmaiden of curiosity. Open your comments with one affirmation that’s genuine, and you’ll build an online platform for others to risk sharing ideas on several sides of an issue. The key is to show that you really heard, sorted, and valued them. (Notice I did not say agree with them)

3. Avoid posting when you’re upset. If you feel attacked you tend to come at topics with a heated amygdala, the emotion’s storage place that defaults you into previously stored angry responses. With this comes dangerous cortisol that fuels your stress levels, so that you tend to side-step solutions by venting about problems instead. Not surprisingly, no brain can do bother at the same time. Have you experienced this in chat rooms that turn toxic?

4. Share respectfully in heated situations. You can kick-start brainpower for heated topics such as the 2016 election by deliberately holding out respect to each person as if a winning solution from all depended on its evidence. Remember you are looking to stir and learn from diverse sides of the issue, while avoiding attacks on  either side. Share personal experiences respectfully as another angle to think about together – rather than as a need to replace the original ideas that were presented.

5. Offer ideas to inspire others by lighting new possibilities rather than pushing personal opinions. Ask two-footed questions, similar to those in the diagram below, to engage people who differ. Imagine a round table  where peers asked and wondered more than they demanded any one view. The key to sidestep toxins from a few who vent, is to cultivate questions that heat up diverse possibilities.

Each time you use an online tone skill to disagree on a  hot topic while building goodwill with those who differ – you grow new neuron pathways for more of the same.

Try these out the next time a sizzling topic arises and watch how many diverse thinkers dive deep without bringing down the entire discussion with toxic barbs.

Ready to track your progress with evidence that tone skills work?

Here is a graphic organizer my students use to illustrate examples of these good tone skills  in their online exchanges. 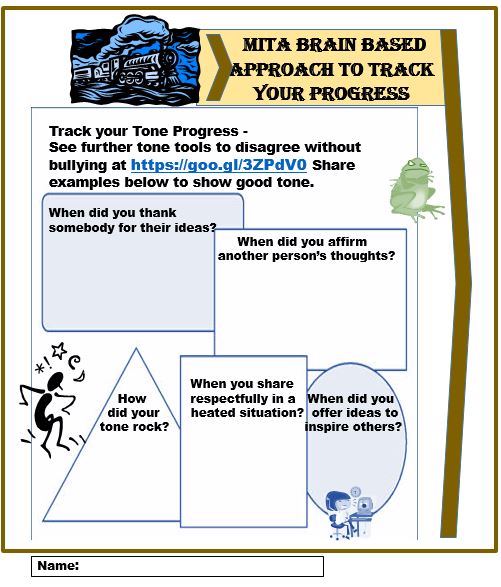 If you wish to teach additional skills or if you’re looking for student-ready tasks for civility that fosters deeper discussions, check out my TpT site.

One thought on “Can Chat Room Discussions Go Deep & Hot Without Going Down?”