It was once held that adult brains cannot grow new cells or regenerate old ones, but that wisdom comes with age.  Recent research on aging though, is trumping commonly held myths about brain cell growth and about age as a free ticket to wisdom. It turns out that choices made daily overtly impact your brain’s ability to act wisely or not,  on the following day. 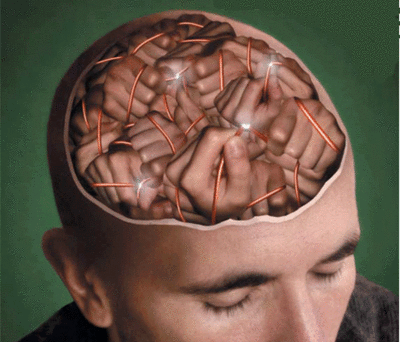 Myths of Aging Brains and Wisdom

Brain cell regeneration for aging brains brings into question the old adage that wisdom comes with age. Not so fast, experts now caution.

Elizabeth Gould’s dynamic discoveries in this area recently created an entirely new field of neurogenesis, a discipline that shows how the adult brain generates new cells. This means that if you act wisely on a day, you alter the very structure of your brain. For instance, choices today determine the levels of wisdom that will follow on the following day. The opposite is also true. Foolish behavior equips the brain for more of the same. Does this explain why seniors can become very wise or foolish?

For the most part, scientists no longer question the brain’s capacity to replace damaged cells and yet it doesn’t always yield more brainpower for wisdom, as it could. Why so?

According to research, we inhibit the brain’s capacity for regeneration, through –

The hippocampus areas of the brain where brain cell growth is observed, holds short term memory and includes areas for emotional processing. It make sense, when you think about it. Why so?

We’re told that cells grow more when people are stimulated by their environment. That’s very similar to research already out to show how the brain rewires and shapes itself, based on what we do in a day. Good news for those of us who are aging with the brain in mind.

Money and health problems create an amazing reason to feel down, look at the negatives, and give up on wise choices. Recession proves it daily. In the midst of hopelessness though, we admire folks who find ways to lead innovation that offers solutions. We’re drawn to those who guide others to a finer place, in spite of lonely and sometimes long struggles – such as the stroke victim’s story below.

Wisdom for the Worst of Times!

Paul Bach-y-Rita, famous for his work in neuroplasticity,   tells of his father’s crippling stoke in New York. After a month’s therapy and little progress, medical experts assured the family that no more could be done, and suggested Bach-y-Rita be sent to an institution. Brains cannot repair themselves every medical leader argued and nothing else could help their 65 year old father to walk or talk again.

The scholar went from well respected professor at City College in NY to complete dependency on others for his basic needs.

One son George brought his Papa back to Mexico and began to teach him to crawl again. Using the wall to support his limp shoulder, Bach-y-Rita, inched along clumsily for months, as he and his sons created marble games to play on the floor that required a reach and movement. Cynics in medical schools warned that this was wasted time, and neighbors criticized the Bach-y-Rita family when their papa crawled outside, saying, “They are treating this old man like a dog.”

With every spark of progress, the boys persisted more to help their papa do acts on the opposite side of his weakness and loss.

Then progress began to show, as the brain reorganized itself to take over where damaged parts destroyed abilities. After many more months of crawling and learning to talk again, and through the same painful building of new neuron pathways for language to take over where damaged brain cells failed, Bach-y-Rita returned to teach at City College in New York, at 68, and three years after his stroke.

We can improve our lives in difficult areas, and reshape prosperity, when we recognize the brain’s proclivities to progress. When we simply act and persist on the other side of loss.

Younger son, Paul’s life was shaped by what he described as seeing with our brains and not our eyes, as his papa’s brain reorganized itself for new directions. He went on to explain a great deal of the foundations that move research forward today in areas of plasticity – or the brain’s ability to rewire and find solutions when cynics and naysayers shout words of doom and disaster.

What areas are weakest for you in this tough climate of loss and change? How could your brain’s plasticity help to reorganize itself to become the solution you seek today? How might you find wisdom to move forward, as one aging stroke victim did in their worst of times?

Here are a few two-footed questions to challenge myths of the aging brain? 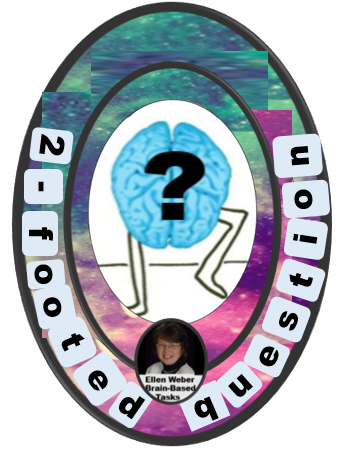 1. What adventure would help you to feel 20 years younger today, and how could you make that happen?

2. What vital lesson will you learn from a child that will add wisdom to your choices this week?

3. What would you do differently today if you could see it through the eyes of a fun-loving person you admire most?

3 thoughts on “Myths and Wisdom on Aging Brains”