Through reinvigorated people, passion and purpose at its hub, capitalism stokes mental capacity for gains lost over past decades. Let’s narrow gaps between what we believe about entrepreneurship and what we do to enhance free enterprise in winning ways. 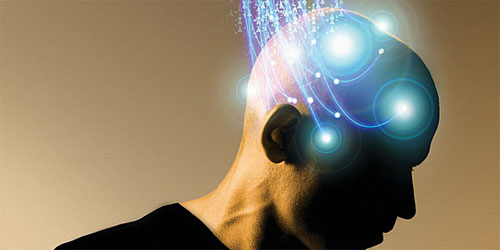 The brain on capitalism

Why do we tout capitalism as opportunity, then roll it out as mental  toxins, and greed run amuck?

Marketed as entrepreneurship- capitalism can sacrifice talented people to egos who promote policies that force many out.

Umair Haque, in The New Capitalist Manifesto, said it this way: twenty-first century organization don’t produce goods, they produce betters. Ellen Maiksins Wood calls for a new kind of lived democracy  – which reflects more of its Greek meaning, the people.

Do you see capitalism as rolled out into materialism or class politics?  Both Haque and Wood challenge current systems that lead to unchallengeable structures.  Both show a flawed capitalism that destroys the very people it depends on for its profits. You?

Both Haque and Wood offer alternative  forms of prosperity and legitimacy that  build community to enhance talents.  Imagine capitalism that adds mental well being, for higher collective IQ.  Capitalism that achieves  positive, tangible outcomes would  invigorate people to rebuild passion and purpose.

It appears in Haque’s manifesto that all actions remain driven by competition and profit maximization.  But have you ever seen raw competition drive talented players out of the game?

Networks such as crowdsourcing bring people and technology together into innovative solutions.  Across broken silos – capitalism can combine mental hormones for competition and consensus. When you engage others through brainpower tools you crack open windows in ways that prosper all. Do you reboot capitalism for effective change in individuals and organizations?

Capitalism refreshes itself by appreciating new ideas rather than criticizing lost opportunities. A gesture of genuine thankfulness extends its magic by unleashing serotonin into winning talents, for instance. Wherever serotonin’s molecule for well being thrives, people find cause to celebrate the wonder of team successes.  A neuroscience of celebration can move people from current challenges to solutions for a new kind of capitalism. Have you seen it?

Capitalism as Heart of Passion

Build consensus across ages and cultures and watch passion arise for new wisdom out of every corner. Get to know people who differ from you by emulating their diverse offerings through respect. Connect more with people unlike yourself to capitalize on passion from valued differences.

Ask more than you tell or deliver facts, and capitalism listens before it acts on hot issues. I’ve discovered from MBA leadership courses I teach – that when people move beyond lecturies,  they begin to build passion for answers together.

Would you agree that passion enhances capitalism when people act on collective answers from 2-footed questions? No question, this shift into genuinely free enterprize takes a new kind of energy!

Capitalism adds feet to winning beliefs when ethics guide its incentives. Have you noticed how people change even deeply held assumptions, when finer ethics color their rainbow?

It’s easier to sidestep cynics or bullies, when you build competitive solutions to stubborn problems with shared purpose at the helm.

Capitalism relies on leadership from high-performance-minds. Build people, purpose and passion with innovators, for instance,  and you’ll likely sidestep traps that snare hebbian thinkers. Step out of comfort zones and capitalism enables you to embrace unexpected answers that lead to brilliant improvements.

Here at the Mita International Brain Center, we use smart skills to remap whole communities to compete, win and grow together.

Would you agree that competition against self can  power-up brains for capital-building together? Free enterprize at its best, harnesses rivalry and differences into wins

What’s your take – Is capitalism a barb or a boost to brainpower where you work?

Perhaps more importantly, How can we achieve more sustainable wins together?

For further brainpower tools to consider:

See Dr. Norman Doidge’s book – The Brain that Changes Itself, to move capitalism past human hurdles that shut down brilliance for many.

Further opportunities to promote free enterprise for all:

How will you stack up against life-changing capitalists for 2012?