We often think of everyday workplace problems as barriers. What about reframing problems into innovation opportunities people crave most and yet find least in their organizations? 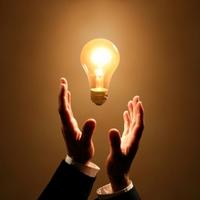 We understand why people complain  when morale is low.  We sometimes even gripe alongside others when grumbling defines their basic workplace culture.

We balk at the sheer frustration of problems that appear bigger than our suggested solution. But have you considered novelty’s elixir to reframe the brain for exceptional results?

When Bach-y-Rita’s  father suffered a massive stroke, he lost both speech and mobility. A miracle followed.

Because of his son’s novel solution – Bach-y-Rita returned to work after medical experts gave up on him.

When Paul Bach-y-Rita, father of neuroplasticity, discovered his father’s crippling stoke, and heard medical naysayers, his own brain leapt into action.  Stroke experts assured him no more could be done to foster healing. Brains cannot repair themselves, specialists insisted, until they unanimously doomed the 65-year-old professor to a life of silence and immobility. Luckily, the family ignored doom-filled predictions being touted as science, and chose novel approaches instead.

Through a few custom-designed exercises, one son Paul guided Bach-Y-Rita’s brain to reorganize itself so that it remapped beyond damaged parts and began to restore his ability to walk and talk. After a few months of crawling and sputtering simple syllables, new speech and movement appeared. How so? New neuron pathways for language and mobility remapped in different brain areas.  Novelty replaced stroke-damaged cells. After a miraculous recovery through fresh approaches, Bach-y-Rita returned to teach at City College in New York, at 68.  If an elderly man can teach higher education again, only three years after a massive stroke, what opportunities lie waiting beyond doom-saying where you work?

When people feel stressed, far lesser problems than strokes, become the daily impetus for venting. Where stress stalks workers, you also see profits tank, possibilities tumble and the grist of blame-games begin to dominate. Sound like the recipe for the kind of stress that literally shrinks brains where you work?

Authentic solutions find fewer venues in settings that generate stress, because anxiety causes the brain to default to ruts and routines. Simply stated, tensions that hold back today’s workforce may be more serious than many realize. Harvard researchers show stress as gaining ground for increasing numbers of workers and organizations.  Depression increases as a result, and risk-taking disappears as organizational problem-solving health yields to anxiety’s traps.

Business invests billions in flawed attempts to solve stubborn workplace problems through lock-step training regimens. Yet typical training programs with one-size-fits-all-solutions rarely get at the down-and-dirty challenges such as bullying, inflexible work schedules, or subtle inequities that modern workers face daily. It doesn’t have to be that way.

Look at Problems with Solutions in Mind

What if, instead of dissing on what’s broke, or applying standardized fixes, you focused on cultivating people’s unused and hidden talents? What if you navigated complex issues by crowd sourcing a few novel suggestions that remap brains to win?  What if you changed up one routine practice, by introducing a plausible alternative at your next meeting?

Engage novelty and people begin to take new stands on issues by expressing their expertise in original ways.  Growth becomes irresistible to peers who invent together from diverse backgrounds.

To foster workplace wellbeing is to encourage novel alternatives to broken practices. How so?  Recent brain advances suggest that the brain is literally rejuvenated in the presence of uniqueness, originality or fresh starts. What would reboot talent where you work?

Cross-pollinate to Refuel for Risk

Novel approaches incubate best in cross-pollinated teams, because differences harness collective intelligence into newly minted ventures.  Worth crossing stagnant silos that limit your organization? It takes risk though, to refuel the brain for originality.

For instance, in MBA leadership courses I co-teach, leaders boost dopamine (the risk-taker’s fuel) by implementing one novel improvement at their workplace.  One person invited other departments to contribute ideas that would boost mutual benefits in a marketing venture together, for example. Another leader asked advice from disgruntled union leaders who had formerly expressed an inability to participate in the company policies. Soon after union instigated suggestions were applied, a new bond developed between union and manufacturing management so that visible benefits for growth sprung up on both sides.  It’s about changing brains to improve workplace solutions.

Did you know that your brain’s hippocampus releases a shot of dopamine in response to solving  problems in novel or unexpected ways.  According to Anthony Grace at the University of Pittsburg, a feedback loop takes place in the brain. The loop mixes chemical and electrical interactions between the risk-taking chemical dopamine and inventions or newly discovered events.  Imagine triggering dopamine for innovations that benefit humans and entire organizations in the coming year.

In spite of research proof that novelty stokes brainpower for renewal, why are some workers still so set in their ways? Henry David Thoreau bemoaned a lack of novelty observed daily: “There is an incessant influx of novelty into the world, and yet we tolerate incredible dullness.” Does Thoreau merely describe problems we tolerate, or does he inspire new advances we can trigger through fresh strategies?

Either way, look for novelty that adds that second oar to row interesting ideas into action.

Your  indelible solution to undervalued talents, for instance, may be waiting in the pike of a peer-led Celebration of Innovation. How so? Entice a few progressive workers to share original insights across departments in a sort of intellectual trade show.  Or encourage workers to explore new frontiers together in cross-functional teams. Support ongoing innovations that draw from multiple talents, and showcase new initiatives in the celebration events, where input from novices and expertise crisscross multiple fields.

How might novelty build a bridge beyond broken or tired practices in your workplace?