Tone  kills or advances new neuro discoveries, and a brilliant PBS Brain Series shows how so. Check out 28 comments that followed the enlightened panel discussion to see brain tonic and toxins in hot pursuit.

While Charlie Rose and Dr. Eric Kandel’s Brain Series suggest game-changing opportunities, poor tone in feedback comments later truncates that process with striking setbacks. Rose models the brain’s best innovative IQ when he affirms people’s thoughts before sharing his own views on the other side. 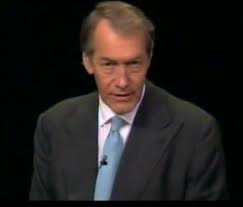 In contrast, feedback comments at PBS brain series site reverted to toxic tone that erodes any chance of innovative growth together.  When comments diminish people, belittle opposing views, or attack novel ideas, innovation dies. Have you seen tone tool grow innovation or does toxic tone reduce opportunities where you work?

My own lifetime work shows tone as a power tool for exploring mental frontiers together.  The key is to disagree while building goodwill across differences. Sadly, old beliefs about what it means to think or to be smart can cause amygdalas to flare.

Tone can  grow or shrink IQ

Did you notice how the best speakers at the PBS Brain series thanked people for their offerings, before they tossed their own ideas into the ring. What if instead of hurling insults, comments transformed PBS panel’s edges into higher IQ opportunities by piggy-backing onto other’s ideas?

Imagine if playfulness and fun boosted good ideas here.  In contrast to bare-boned competition or jealousy – why not toss in good tone to create an extravaganza of PBS brain discoveries.  A fireside chat that pulls people and novel insights into game-changing practices for a new era.

To celebrate  vastly different angles is to walk new ideas rather than shoot them in the foot. This brain series could open doors to chase more  genius through engaging neuro discoveries. Count me in!

Perhaps I noticed the tone problems more because at Mita we design discovery festivals to foster adventures that raise IQ. I do know that people enjoy a harbinger of intelligent possibilities,  when they risk merriment to move beyond mental toxins.

What if comments proposed a novel plan?

Pulitzer ideas like Dr.  Kandel’s come from tone that rewires human brains for delight in spite of everyday disappointments. Did you notice Kandel’s proclivity to share experiences respectfully, rather than out-perform ideas on the other side?

Celebrate others’ ideas and you literally change a brain’s structure. And good tone also alters who you are and how you can win,  with wider dividends for others. Oh, and ideal tone touts  a robust sense of humor that forgives easily and laughs at self.

Regrets tend to flee, and grumpiness fades when fun and playfulness become part of a discussion that leads people forward. We have a policy here at the brain center that names problems only when one is ready to propose a doable solution.

I like to think of good tone as a skill that alters a brain from arduous to awarding. Plasticity in the human brain uses both right and left brain to change the very structures of brains that act on new ideas. 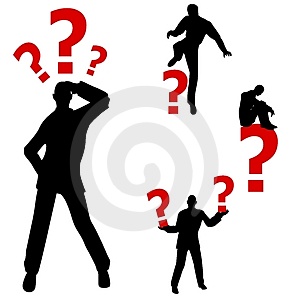 Ask two-footed questionsand you’ll be less likely to offer one-side opinions too quickly. The human brain comes with tools to wonder together, when good tone leads the way:

1. Amygdala for the jubilant person is that tiny sac of neurons that remains open to wonder most of the time. It rarely overheats,  and triggers delight as an emotional pattern. How could you train your amygdala to celebrate more?

2. Cortisol withholds its dangerous toxins from people who laugh and play.  Imagine meetings that motivate new mental approaches as workplace solutions. What tactics do you use to counter cortisol with celebration?

3. Neuron pathways create habitual synapses for jubilation to reshape moods for those who favor fun over frowning. Can you see how today’s action shapes tomorrow’s brainpower?

4. Plasticity rewires the playful brain nightly for further joyful responses.  Deep seated contentment finds novel opportunities to prosper, by simply doing what you want others to see in you.

5. Dendrite brain cells connect positivity to positivity for those who celebrate mental rejuvenation – from stagnation to curiosity. Practice one positive act and watch chemical and electrical activity reboot you mentally for more regeneration.

6. Basal ganglia defaults to playful habits, replays celebratory practices and routinely laughs at the little things with those who rejoice more.

8. Brain chemicals refuel positive moods, increase natural drugs for well being, and add hormones for humor and play.  Serotonin, sometimes referred as molecule of happiness, stirs up chemicals to win.

9. Serotonin spikes sincere satisfaction, and a healthy sense of confidence in those who capitalize on celebration.

10. Brainwaves organize by a hierarchy, control  neuron communications and alter the brain’s circuitry.  Celebrate positive tone for circuitry that builds goodwill even in war zones.

What if your molecular switch stoked wonder from several angles presented. Could you move a discussion beyond compromise or gridlock?

Tone propels innovation when you: 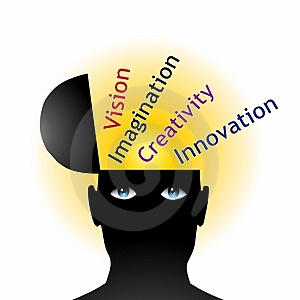 Comments can transcend or kill

1. Invent one refreshing solution to replace a routine that leaves you bored or in a rut. It could be as simple as driving to work along a different route. Brain fact: Boredom is more a negative perspective shaped by daily choices,  and stored in brain as a reality.

3. Thank a cranky worker for even a small accomplishment.  Brain fact: Well being comes grateful outlooks – fueled and extended by serotonin chemical hormones.

4. Give an offender the gift of forgiveness, by letting go of a grudge. Brain fact: Anger, fear, and frustration lead to incriminating perspectives fueled by dangerous cortisol chemicals.

6. Act as the person you want others to see in you, and that you’ll become. Brain fact: Dendrite brain cells use the outside world to shape positive perspectives, based on what you do in a day.

8. Stir curiosity and engage others by tapping into their interests.  Brain fact: Lectures  or talks can work against listener perspectives because passive listening fails to improve listener views.

11. Sleep well in order to perceive your world well. Brain fact: Brain waves can bring either poor perspectives or peak performance, based on how you activate and manage them in your favor.

12. Research and open mentally to new and different ideas daily.  Brain fact: Hook even difficult facts onto one thing you know already and perspectives grow and expand with learning.

14. Diversify your talent development to engage new perspectives. Brain fact: Multiple intelligences are common to all, used by few, and can be cultivated daily for mental health.

15. Create rather than criticize. Brain fact: Cynical or critical mindsets literally block creativity, limit talent in you or others, and stomp out innovative perspectives.

16. List key reminders that guide healthy perspectives.  Brain fact: Memory can be outsourced by simple lists that help you remember to free your mind for finer perspectives that frame a day.

17. Inspire novel young ideas. Brain fact: Plasticity enables people of all ages and backgrounds to rewire their outlook in ways that keep the brain younger and more agile.

19. Encourage yourself and others to spot goodness.  Brain fact: Encouragement changes the chemistry of a brain that frames itself for serotonin, and ratchets up good tone for profitable views.

20. Integrate from ideas and people across many fields.  Brain fact: It often takes an integration of  hard and soft skills to gain wider perspectives that solve problems with the brain in mind.

23. Risk innovation one perspective at a time.  Brain fact: Inspire creativity and invention through teaching others at the same time you also learn and create yourself.

25. Celebrate those who view the world from different lenses. Brain fact: Women’s and men’s brain differ biologically and intellectually, for instance,  in ways that alter perspectives.

Ready for a few facts about your brain that engage good tone for innovative wins?