Has your workplace sunken you into a quagmire of broken practices, cranky managers, or a shrinking public purse?

Few deny that frustrations follow from spinning your wheels and getting nowhere.  Stress that increasingly bombards workplaces, also lowers brainpower.  If that watch-your-back syndrome consumes your  time and talent, you are not alone. 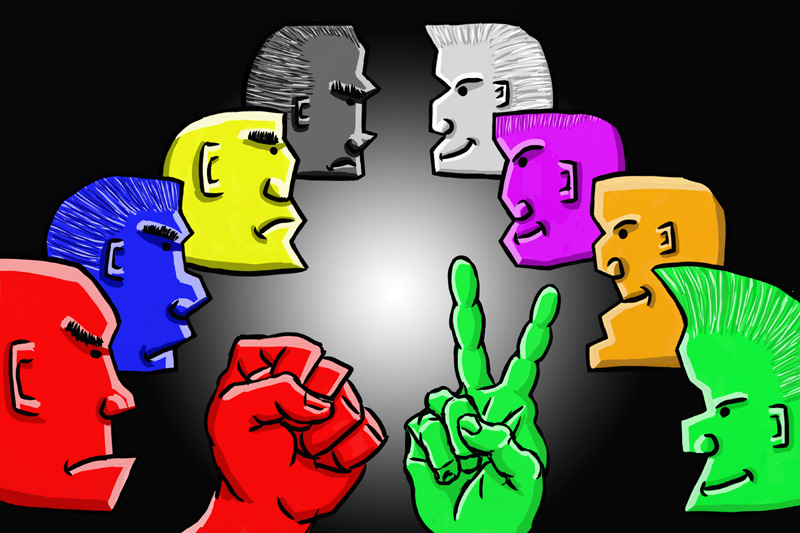 Polls show that less that 25% of people find their work satisfying anymore – an all time low. Problems follow when people bring poorly wired reactions to challenges, and it may appear impossible to resolve issues or embrace growth. It doesn’t have to be that way.

Not that you’ll change an entire organization overnight, but  your own courage to listen and to act, can create a climate to change and grow. Did you know that good listeners get inside your head?

Create new neural networks – available only to those who act on opposites. Those who act counter to conflicts, for instance, fuel new engines to drive curiosity and offer calm solutions.  Tone skills skip over problems, to regain lost brainpower through cultivating a language and caring climate.

Imagine a workplace that builds more on people’s strengths, and you’ll be staring down problems that prevent growth.

With each negative act or gloomy prediction you wire brainpower for that action in you and others! Imagine its opposite! Can you see new possibilities at work?

Acting opposite of flawed approaches works because the outside world reshapes the human brain.  Whether  online, where faces remain hidden, or in face to face interactions, we rewire daily for workplace satisfaction, or growing gloom.

Expect amazing takeaways. The brain offers an extra bonus to  those who lead the way with opposites at work. Research  shows that every normal brain comes equipped with mirror neurons, so people mimic your healthy practices. Only deliberate acts, on the opposite side of problems, will  improve personal and collective brainpower for innovation and growth. Willing to start the trend?

5 thoughts on “Innovation Brainpower in Opposites”