Stories pinpoint the best and the worst of times. Some people share stories of money and health problems daily, and cortisol follows to create a potent reason to go  down with the trends. Other stories brim over with hope for a wider reach, regardless of setbacks. Have you noticed?

Narrative that focuses on  gloom, without hints of hope – leaves you  giving up, and on a cortisol high.  Brainpower drops like an air balloon shot out of the sky – because toxic cortisol chemicals surge through clefts in your brain to stick it to you. 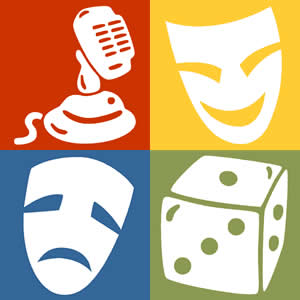 Recession proves it daily!  Horror stories that media use to raise its coffers, diminish our collective brainpower. Brainpower to turn them around and offer possibilities for a finer future.

In the midst of despair, we admire folks who find ways to tell another kind of story.  One that spots solutions,  plays with novel ideas, and fuels innovative outcomes.

Live and share a serotonin driven story, and brainpowered chemicals rush in to make it happen for all who buy into the tale.

Brainpower escalates us with one story,  yet sinks us with another. Check out these two stories to see how it happens.

The first is a serotonin segue:

Narrative traces the steps of heroes to show how innovation can win over its fiercest enemies. Paul Bach-y-Rita, famous for his work in neuroplasticity,   discovered that his father’s crippling stoke in New York was incurable, and still he refused to give up. Language and mobility were gone forever, experts claimed, yet Paul vowed to help his father heal.

Are you drawn to those who target a finer place, when challenges strike? Or do you find yourself locked in a  lonely, and losing tunnel – looking for lights in so much dark?

The second is a cortisol segue:

After a month’s therapy and little progress, medical experts assured the family they  could do no more, and suggested Bach-y-Rita enter an institution. Brains cannot repair themselves, medical specialists argued, which meant nothing else could help their 65 year old father to walk or talk again.

Is yours the innovative story of Bach-y-Rita seeking healing, or is it the hopeless tale of medical experts giving up?

It seemed the serotonin story won:

All seemed lost to those who looked on at the family’s tragedy. After all, who ever heard of a brain that repairs itself after a serious stroke? The respected scholar, Bach-y-Rita,  spiraled down from well respected professor at City College in NY to complete dependency on others for his basic needs.

Look again though, at the serotonin story:

One son George brought his Papa back to Mexico and began to teach him to crawl again. Using the wall to support his limp shoulder, Bach-y-Rita, inched along clumsily for months, as he and his sons created marble games to play on the floor that required a reach and movement.

Back up to the cortisol crank’s tale:

Cynics in medical schools warned that this was wasted time, and neighbors criticized the Bach-y-Rita family when their papa crawled outside, saying, “They are treating this old man like a dog.” Yet brainpower prevailed.

Another line from serotonin’s yarn:

With every spark of progress, the grown sons of Bah-y-Rita persisted more to help their papa do acts on the opposite side of his weakness and loss. Little was known until recently about how the brain changes itself whenever you act opposite a weakness.  Yet it makes sense that this mind-bending discovery came to a person who sought solutions, and refused to give up

Check out the brainpowered story from these two:

Progress came slowly,  and Paul observed how his father’s brain reorganized itself to take over where damaged parts had destroyed his ability to walk and talk. After many  months of crawling and sputtering syllables, new life came. New neuron pathways for language and mobility remapped in different areas, to replace damaged brain cells. After a miraculous recovery, Bach-y-Rita returned to teach at City College in New York, at 68,  three years following his stroke.

Concluding narrative – When your story holds onto hope, anything can happen. You can improve your life in its most difficult areas, and reshape prosperity, through the magical story of reshaped brainpower. When you simply act and persist, as Bach-y-Rita did,  on the other side of loss.

What’s your story, and where will it lead? The younger son, Paul’s life was shaped by a narrative he described as seeing with our brains and not our eyes.  He told a tale that led to  his papa’s brain reorganizing itself for renewal.

Serotonin stories hold innovative tools for your future. Paul Bach-y-Rita went on to explain a great deal of the research in areas of plasticity – that equips brains to rewire and remap in other areas. He found life-changing solutions where cynics and naysayers saw only doom and disaster.

Cortisol stories hold you back. After all, who leaps at the mediocrity and disbelief of mainstream experts? Or who’s inspired by the yarns that fail to win tangible  results  from bureaucrats?

Paul Bach-y-Rita would be the first serotonin story-teller to remind you of the wonder of your brain’s plasticity.  He’d show how your brain can reorganize itself to become the life-changing solution you seek today.  What serotonin story could you share to inspire action on the other side of weakness, until  brainpower remaps strength?