1. Question, what if … and hope will convert brainpower into winning answers.  The opposite is also true. For example, the first 17 days, with hope dimmed for their rescue, the miners squabbled, and spoke of deep despair. 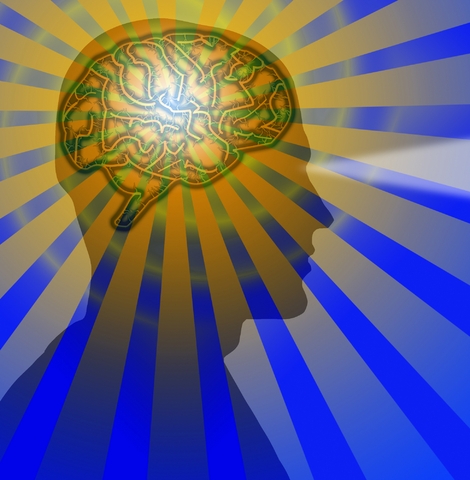 The Brain on Hope – Lessons from Chilean Rescue

When rescuers tossed optimism into the mix, people sought life-changing solutions.  They found motivation  to help one another.

Have you noticed how hope communicated in any tough situation, enables innovators  to risk vulnerability? When they fully expect results,  people pull together for courageous conclusions.  In contrast,  organizations that cling to bureaucracy, or perpetuate broken  routines – simply serve and sustain broken systems. It doesn’t have to be that way.

What if you created one solution to a recession problem, that would add hope to lead us all through tough times? Hope involves others and takes tone skills.

2). Target good tone skills, and trust begins to flavor exchanges like spices add zip to a fine banquet. You’ll also build goodwill with those who disagree, rather than rally people around one perspective only. The opposite is also true. Tone skills fuel intelligent input from opposing views, in ways that drive finer initiatives forward. 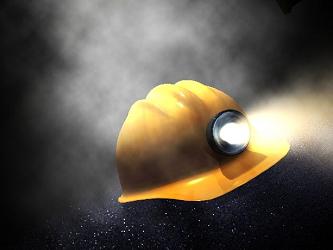 When mine experts facilitated the collaborated effort, more talents came on-board.  Confusion and many conflicting interests transformed into a singular target that extended hope globally. Have you observed creative ideas, integrated across traditional silos,  into top inventions and renewed approaches? It’s a bit like anticipating new directions for mutual benefits.

It’s really a matter of neurons and dendrites that spark new synapses for change based on hope. Since a neuron‘s nothing more than a nerve cell, and your brain holds about 100 billion of these little critters, hope marches them much more in your favor – with a few carefully crafted acts. How do synapses fuel from hope?

Neurons project extensions called dendrite brain cells – which connect and reconnect daily, based on what you do. Axons, in contrast,  relay information back from the body back to the brain. In a rather complex electrochemical process, neurons communicate with each other in synapses, and that connection creates chemicals called neurotransmitters. Hope releases chemicals at each synapse, and these intensify motivation to act for solutions.

Hope can optimize learning and stoke innovative solutions to complex problems. Many mysteries still occur in the quadrillion synapses within a human brain, and yet wonderful benefits awaited optimistic mine rescuers, simply because they acted on doable brain research benefits. Workers fully expected resources to follow, which leads to hope’s reasonable expectation.

3). Expect quality takeaways and human brainpower tends to do the rest to make it happen. 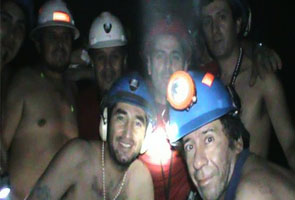 Chilean rescuers anticipated  survival for all 33 miners, and then stayed in the game until all were lifted out of their hopeless situation. Do you see lessons here for innovation’s progress?

In Wegmans’ food chain,  hope impacts work on a daily basis.  Employees run to higher peaks with novel suggestions expected to improve outcomes for all. Evaluations at Forbes, show Wegmans’ workers value their company for the way it diversifies to add hope and to create winning endpoints for the entire community. No wonder this highly respected business gets voted in as best place to work globally – year after year.

Recent discoveries show how the expectant brain uses the outside world to shape and reshape itself for hope – both physically and mentally. Plasticity, or the newly discovered breakthrough concept of brain “rewiring” is seen to alter a person’s moods, add hopeful approaches, or even cure a phobia of hopelessness– for rebooted benefits seen in the miners’ stories. Hope leads to harnessing human resources into tools  that move victory forward. 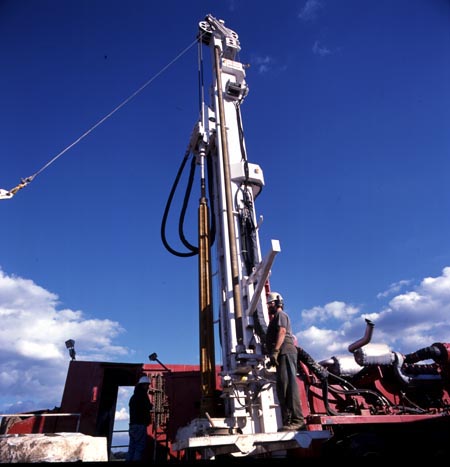 4). Move resources into place for shared solutions, as Chilean leaders modeled progress against a backdrop of disaster. How so?

♣  People remained at the center, so they cooperated to win the miner’s freedom together.

♣  Networking went global, and diverse crowds cheered on miners, for Chile and for the world.

♣  Results wove integrity into a greater good, and added motivation for increased mine safety in future.

♣  Miners and rescuers shared credit for bravery, care, purpose, and passion, even as media tried to single out heroes.  Miners and the rescue team favored sharing their victory, just as they’d shared talents and efforts to bring about a successful rescue.

♣  Honesty prevailed in stories about what tactics would work best, why, and how wins could be achieved. No interest was evident to diminish some players to favor others.

♣  All actions steered toward one shared innovative outcome – a mind-bending new invention to rescue  miners.

♣  A sense of urgency for a broken mining system, stoked adequate talents and investments to collaborate.

♣  Transparency in how the innovation was created and then used with confidence. Skeptical advisers warned Chile’s president to avoid involvement, because they thought the rescue plan would fail. Instead this leader hugged each miner as they came out of their mass grave, and announced to their leader, “Your shift just ended.”

Finally, hope wells up from brain based reflections, as naturally as geysers spring from the depths. 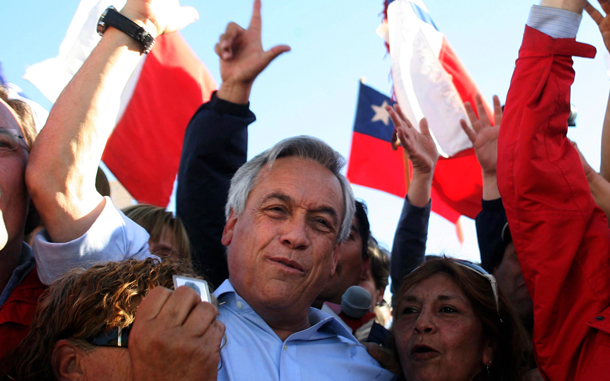 5). Reflect to implement lessons of leadership, learned from the Chilean mine disaster, and expect the same dynamic results due to hope’s added power to the brain. How, you may ask,  could  brain based reflections toggle talent, teamwork, and takeaway lessons of hope that powered up this Chilean group? Below are reflective questions that launch hope that transforms.

Any implications for increasing recession disasters  in our nation?

The Brain on Hope 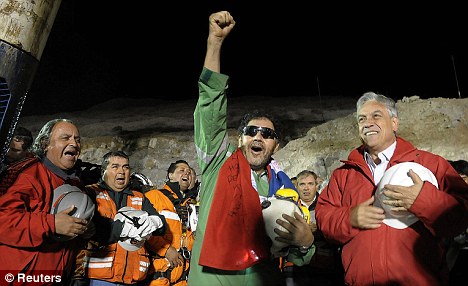 Did you know that brains come equipped to change rapidly.  Your brain biologically reshapes itself through chemical and electrical activity.  Chileans who acted on hope, for instance,  speeded up the ethical changes people crave, yet too often fail to achieve at work. How does that fact increase hope?

Changes and growth are based more on acting hopefully, than on hearing, reading, or memorizing brain facts about hope’s part in innovation success.

What can you expect from neurons?

Cell processes such as axons and dendrites can often regenerate hope, regardless of your age or tough situation. In a process called plasticity that simply refers to a fresh rewiring, you’ll find secrets to gain more hope, as well as causes of despair.  Nerve cells create the core of your neuron system, and impact basic changes for hope that can improve your situation, more than most people realize.

It’s true that neurons cannot regenerate if the cell body is destroyed. Yet they can grow, regenerate and change with hopeful acts. Hope will also rewire nightly into your brain’s equipment as you sleep, based on what you did and anticipated that day. Dendrites play a critical role in hope’s synapses in your brain, which determine the extent to which enthusiasm for solutions is transmitted both chemically and electrically.

Think of it as creating new neuron pathways to hope or changed directions away from misery, in any area of your day. Then act on specific changes you hope to see occur. Expect your own brain restructure and facilitate that process – just as rescuers, miners and the world moved together toward winning solutions. Simply put, whenever you act hopefully on what you expect to happen – your brain responds by creating just the right neuron pathways to bring about that new reality. 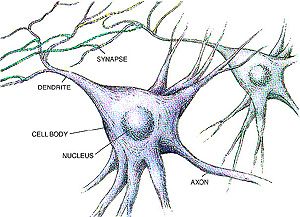 Chemicals in your brain – such as estrogen, progesterone, testosterone, serotonin, cortisol, dopamine and other hormones, play amazing roles to solve near-impossibe problems. They also add brainpowered innovation, build openness to change, and regulate moods that impact your confidence to lead others through tough times.

You can read more about dendrites… and discover their function for your workplace with Dr. Eric Kandel., who along with, JH Schwartz JH, Jessell TM offers tips in the book Principles of Neural Science. I was also intrigued by Dr. Norman Doidge’s new book, The Brain that Changes Itself. The book takes this topic a step further, through research that shows how Protein Kinase A tackles a person’s DNA pool.  Only recently research affirmed that people can alter genes, so that a proclivity to naysay when the chips go down, for instance, could be altered to speak and act hopefully, regardless of  tough times.

What will you do differently today to build more dynamic hope for mind-bending wins  in your most challenging situation? How will that action add hope to this nation’s glut of recession, much like the Chilean rescuers added hope by building a lifeline for 33 doomed miners?

9 thoughts on “The Brain on Hope – Lessons from Chilean Rescue”