Luckily we can overcome our brain’s default for ruts that foster poor tone as evidenced in many conflicts – to create instead – tone for an innovative world order forward. 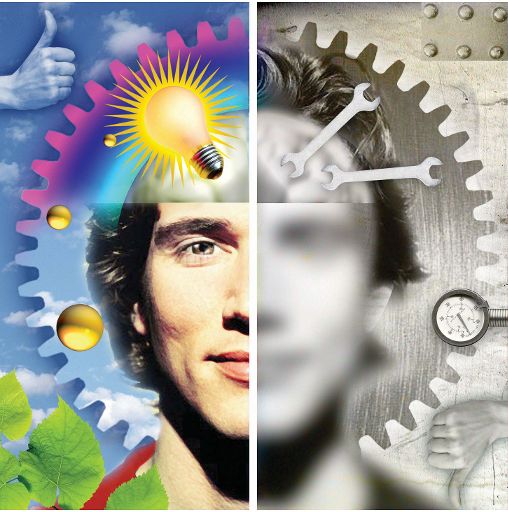 From Poor Tone to Brainpower for Innovation

1.       Affirm another person’s thoughts before sharing your views on the other side – to show that you really heard, sorted, and valued them. (Notice I did not say agree with them)

2.        Thank people for different ideas presented and show how you’ve tried or considered them further. Toss your own ideas into the ring to show and explain differences you see.

3.       Share personal experiences respectfully as another angle to think about together – rather than as a need to replace the original ideas that were presented. Remember you are looking to stir and learn from diverse sides of the issue.

4.       Ask two footed questions,  rather than offer your own opinion too quickly.  For instance… Have you thought about…? What if…? Could another possibility be …?

5.       Add unique ideas to the mix – to inspire with confidence – more as part of a good discussion – than a need to top the original points. Make sure you support your best ideas with concrete examples to help people see possibilities presented.

6.       Avoid meta messages – that suggest for instance,  I regret that your ideas stink! That message masks poor tone and would be better stated, by a sincere, question such as: Have you considered…? Or ask a person to elaborate and suggest ways you are considering the ideas. Better still learn from the ideas by trying them out, and then share the results as a way of tweaking how you roll out the person’s ideas so they obtain better results.

7.       Welcome opposing views so that people can trust they will not get attacked when they use good tone to  offer opposing views for consideration.

8.       Support others by cheer-leading  more than criticizing what does work well, more than attacking parts you disagree with,  in any exchange. If you have developed ruts for demanding opinions, try staying silent when you differ  and offering encouragement where you agree.  That practice in the opposite direction of needing to be right, allows for tone that engages many views without attacking people who differ.

9.       Collaborate with different people, in ways that bring in different beliefs, backgrounds, genders, and ages. Use a tone that offers inclusion for differences, rather than one that prioritizes top voices that agree with yours.

10.   Facilitate goodwill among those who differ, by adding ideas of value from both sides of people on opposite poles of controversial issues. Think of it as the skill that would help political leaders to focus more on shared ideas that build a finer future together, than wasted energy given to fight one another – in order to come out on top – while avoiding the shared insights that help people they serve.

Could tone become the top new smart skill that ensures an innovative future? One where genius talents can rise to the surface as tools forward together!

What do you think?

8 thoughts on “From Poor Tone – to Brainpower for Innovation”