Blogging the goods live from Radio City Hall turned out to be a sobering task if you take Jeffrey Sachs seriously. And I do. He speaks right into the urgent calls for rigorous renewal here at the MITA International Brain Center!

Wonder why so little of the money trickles down to any brilliant ideas you champion?  Or do you have ideas about what potent solution could turn this ferocious downturn around? 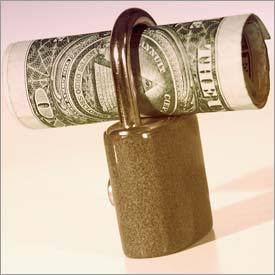 Jeffrey Sachs called for a complete change in economic policy. Do you agree?  Sachs claims we do not get renewal, mainly because of money abuse that continues to influence both government and business. How so?

Problems for Jeffrey Sachs – are now escalated to the global level and arise from three key planes:

1). Today’s world is bursting literally at the seams, with 6.8 billion people, and is increasingly unsustainable. Americans today rarely recognize the real sustainability problems, much less deal with realistic solutions. In fact,  the US predominance is fading and few leaders today deny that cold reality.

2). The amazing capacity to turn science and technology into wealth has now spread to many other areas of the world. As a result the developing world is growing at unprecedented rates. China by far is the most important part of this rapid change, with 10% growth rate per year. That doubles China’s economic level every 7 years.

3). Clear failures of American politics contribute dynamically to the ongoing US decline. What’s happening to the American political system? Problems of governance go back 30 to 40 years and they play into the problems we face today.

Simply stated – We’ve had a long stretch of poor government – and this led to economic crisis after crisis, through flagrant irresponsibility.

Currently, we have a sustainability challenge unlike any in history. In response, we do not yet have a basic change in public policy in this country.  In spite of the wonderful insights of President Obama, we are still dealing economic lies in the back rooms of government and Wall Street.

The world economy will not wait for the US to reconfigure its political system, or to get its democracy back into shape. Can renewal happen – as you see it?

WOW! Thanks to Bill George, best seller on business leadership, and business professor at Harvard University, this post was listed in the top 10 blogs at the World Business Forum 2009. Thanks Bill and thanks Global Leadership Experts who gathered in NYC this month to speak and blog live at Radio City Hall! May we each step back into the arena as both learners and teachers – and come back with new insights for a finer world! Together we can make happen, what none of us can accomplish alone!

The only thing that could have added to my sense of gratitude for the honor of making a top ten list with so many brilliant minds engaged? I’d be far happier if this post, and Jeffrey Sachs’ potent message could have been one of hope based on our willingness to renew and change for the sake of a finer world! Perhaps it will happen in 2010! What do you think?

3 thoughts on “Jeffrey Sachs on Influence and Money Abuse”