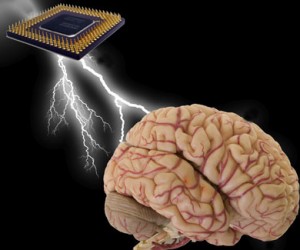 We’ve all been there. You wake up feeling full of energy – with mental resources and a will to conquer the world. Then out of the blue you feel bullied, your fate shifts, and you lapse into anxiety that douses your flame and snuffs out any zest for living with it. Has it happened to you lately? Luckily, it doesn’t have to stay that way.

Brain chemicals can come to your rescue to help you win back more possibilities for your day than you may think.  For example, hormones you already possess can help you build new neuron pathways for successful adventures even in an ordinary day. Yes, in spite of fate’s fickle winds or the bully’s barbs… How so?

Serotonin, sometimes referred to as the molecule of happiness, refuels your brain for learning and opens you to encouragement and inspiration. Serotonin adds focus and so it’s no surprise that it also leads to higher success for people who learn to cultivate its benefits. How does it work??

This miracle drug fuels tone for winning communications as it allows people to disagree without attacking the person who offers a different perspective. Serotonin helps you to choose a different approach and to avoid defaulting back to less effective responses.

Serotonin helps to regulate moods, sleep and appetite, so that increasingly people have found help with drugs such as Prozac, Zoloft, and Paxil, which increases serotonin to help prevent these common mental disorders. Stress comes to an average person at least 22 times on an ordinary day researchers tell us, so it’s worth honing skills to rebuild beyond its hit.

To ignore serotonin benefits may become an unintended default to cortisol chemicals which stomp out opportunities.  Yield to boredom or bullying and you’ll block success like storm clouds block a sunny day. Cortisol causes and extends stress related problems such as bullying, that can literally shrink the human brain. Teach tone skills, on the other hand, and you’ll help others disagree at deeper levels.

Have you ever disagreed while building goodwill with those who differ? It’s fun and it benefits all – because when good tone enters the ring, diverse views emerge and bullying flees! 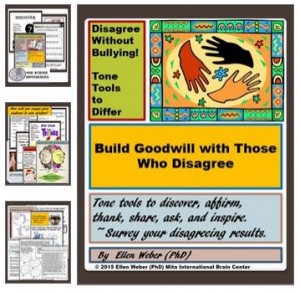 Dopamine stirs up a propensity for adventure by speeding brain’s synapses and the American Academy of Neurology shows people reacting differently to success or failure, depending on its levels. Just as too little of this chemical causes boredom and lack of motivation, too much dopamine leads to compulsive behavior. Interestingly, when you hear people stutter, they are likely getting bombarded with too much dopamine into basal ganglia areas that control language. Obese people have fewer receptors than thinner people, so they tend  to eat more to get the pleasure that thin people get from less food.

Researchers gauged how dopamine affects the striatum, that area of the brain stimulated by rewards. The Wellcome Trust Centre for Neuroimaging in London, affirm newly discovered flip-sides – from lack of drive to compulsive behaviors such as overeating or gambling, stimulated by dopamine effects. People who produce more than normal levels of this chemical tend to become addicted to whatever they do.

Not surprisingly, this brain-reward-chemical begins to cool over time. When that happens, some people simply quit their jobs in an effort to get on with the rest of their lives. Have you seen it happen? Even in a fast changing landscapes of today’s moving markets, it’s hard to satisfy high dopamine levels where the grass always looks greener on the other side.

Luckily human brains come equipped to ride  storms and adapt to waves. Whether your flame fizzles or reignites depends more on your ability to ratchet up neurochemicals that fuel adventure for whatever else you do.

Believe it or not simple choices you make often impact the brain for success or failure.  Literally reshaped by chemical and electrical activity, your brain’s plasticity reboots daily in response to your choices and actions.

Will today’s fate tip in your favor? Hear an interview to help you access more of your awesome brain’s equipment for adventure today.

0 thoughts on “Drugs of Choice! Bullied or Brain-powered?”