While it’s true that all forms of deficiency leave people emaciated, it’s also true that mental poverty sneaks in unnoticed, stalks in silence, and tends to strike like a grim reaper when least expected. How so?

10 toxic marks of poverty erode minds that tend to: 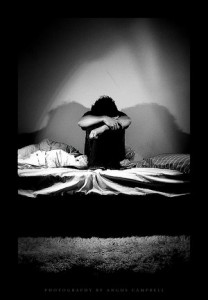 1. Consume as if all humanity had enough resources to satisfy their needs. It snuffs out interpersonal intelligence that otherwise adds caring and supports humankind.

2. Fear taking  regular risks that lead you beyond the pack,  and you’ll remain in ruts that decimate intrapersonal intelligence for personal growth.

3. Abuse nature by polluting or ignoring your environment,  and you barricade your mind from wonders hidden within nature that are attained through naturalistic intelligence.

4. Lament problems, while avoiding your own capability to create solutions and you’ll diminish your logical mathematical intelligence to contribute to a richer world.

5. Ignore the beauty and wisdom in art or icons from many cultures, and you’ll  lock your experiences  in a smaller and impoverished mental mold, that shuts out visual spatial intelligence.

6. Speak down to some, insult others, diminish those who differ, hint disapproval of many, belittle older or younger, waste words on ego, or write to find fault – to ensure poverty stricken verbal intelligence.

7. Entertain one kind of music only, and be sure to flee from diverse genres, cadences or compositions, to sink into rhythmic poverty rather than musical intelligence.

8. Procrastinate your projects, toss materials around without order, spend frivolously, and refuse any form of daily targets to build your case for logical mathematical intelligence which adds goals and organized action plans for growth.

9. Disagree vehemently with all who differ from you in basic values, and let them know your opinions without being tainted by approaches on the other side, for minds that end up poorer with each conflict that comes along.

10. Listen only,  yet fail to act on any insights you see others live and model.  In this way retain less than 5% of facts you’d gain by actively engaging multiple intelligences beyond lectures or poverty on any new topic learned.

Poverty of the human mind blocks one’s capability to sidestep dangers or to help others find riches of their own. Have you seen it happen?